A COUNTRY PUB WITH A UNIQUE
SUMMER GARDEN EXPERIENCE

The home of great beer and fine, earthy, freshly prepared food in a classic old English country pub & restaurant. ‘Let us eat and drink as friends’.

Thank you for your interest in The Lancaster Arms.  The combination of reopening challenges, changing covid guidance, a family emergency and greatly appreciated bookings are in danger of overwhelming our little enterprise.

Accordingly, we have found it necessary to turn our phone off and all booking will now be done by email or social media messaging where we will deal with them in the order they are received.

All updates will be on social media for the time being.

Thank you for your understanding at this exciting but challenging time.

JOIN US FOR SUNDAY LUNCH

Dine at Dome experience is your own unique private room hire in the great outdoors. 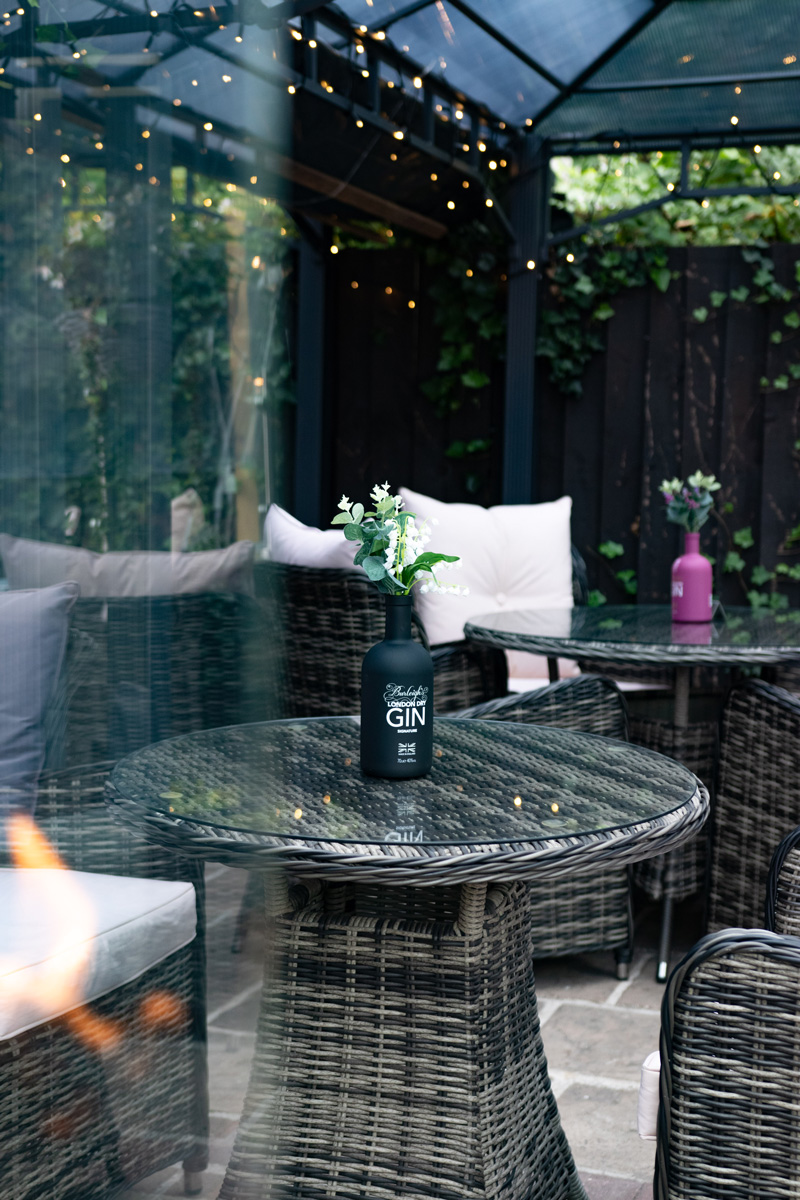 Our summer garden is here!

Burleighs Gin Terrace, made beautiful with covered screens & flame heaters as well as our new dine at dome partnership.

There is also a new Terrace treats menu designed to complement our gins, which will now enjoy a greater range or fresh fruit garnishes and herbs.

Dine at Dome is our other major summer innovation. The Domes are for hire. You can read all about it and book online using this link – which will be up on our website shortly. 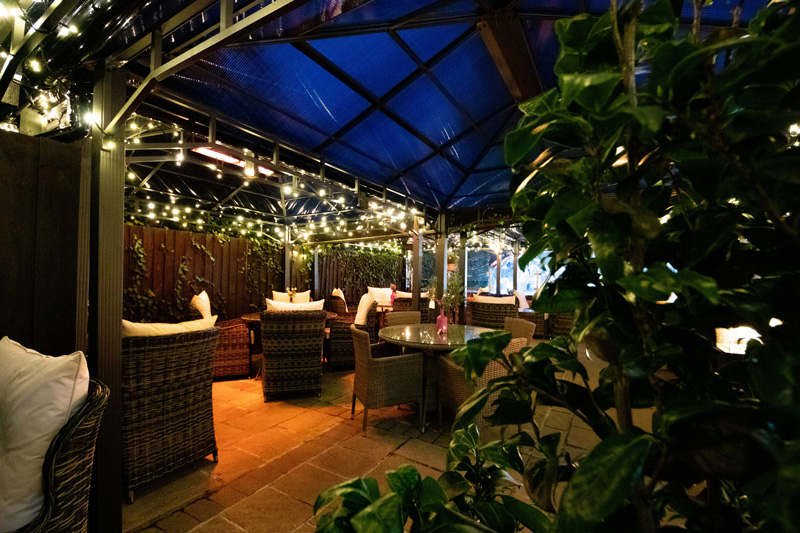 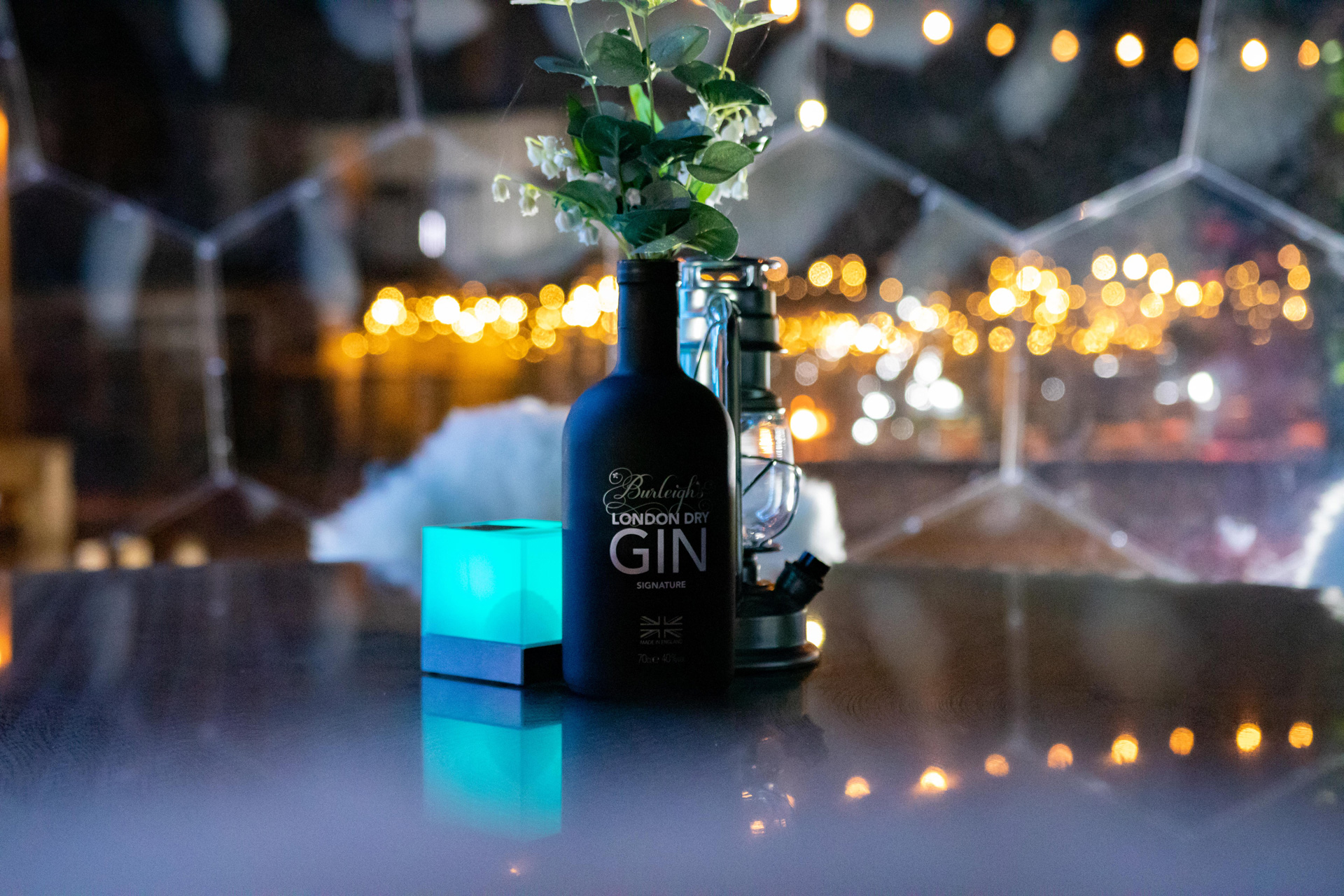 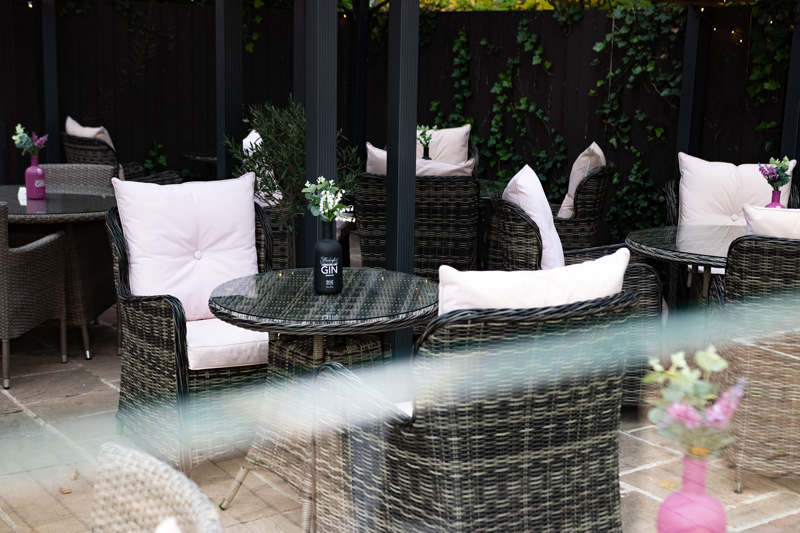 We’re located in the pretty village of Desford in Leicestershire, on the King Richard III tourist trail.

The battle between Richard III and his challenger and victor – Henry Tudor, was one of the most important in English history, effectively ending the Wars of the Roses.

Richard III, buried in Leicester Cathedral, is the only English royal buried outside of Westminster or Windsor. Historians now believe Richard III rested his army at the bottom of the hill we sit on the foothills of.

Our name, The Lancaster Arms and our logo with Richard’s boar, honours both sides. In that same spirit of friendship, we look forward to seeing you and to quote William Shakespeare:
Let us ‘drink to the joy of the whole table’ 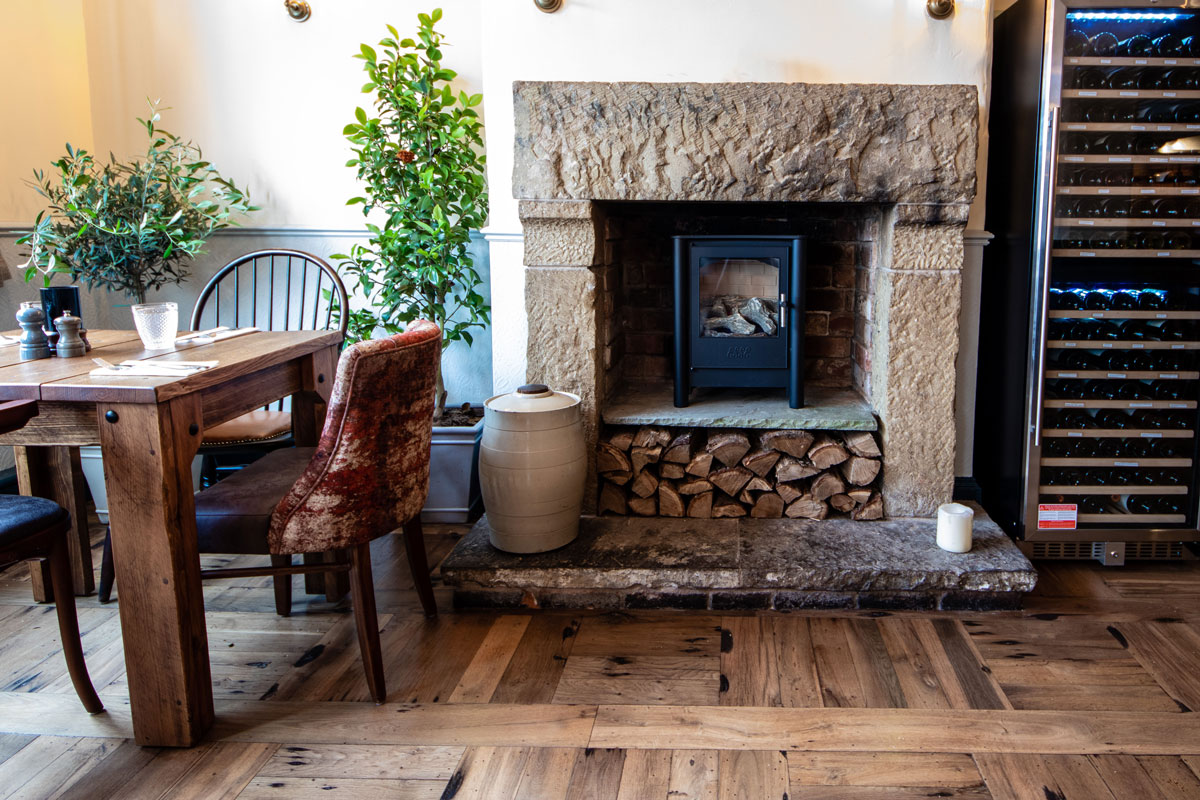 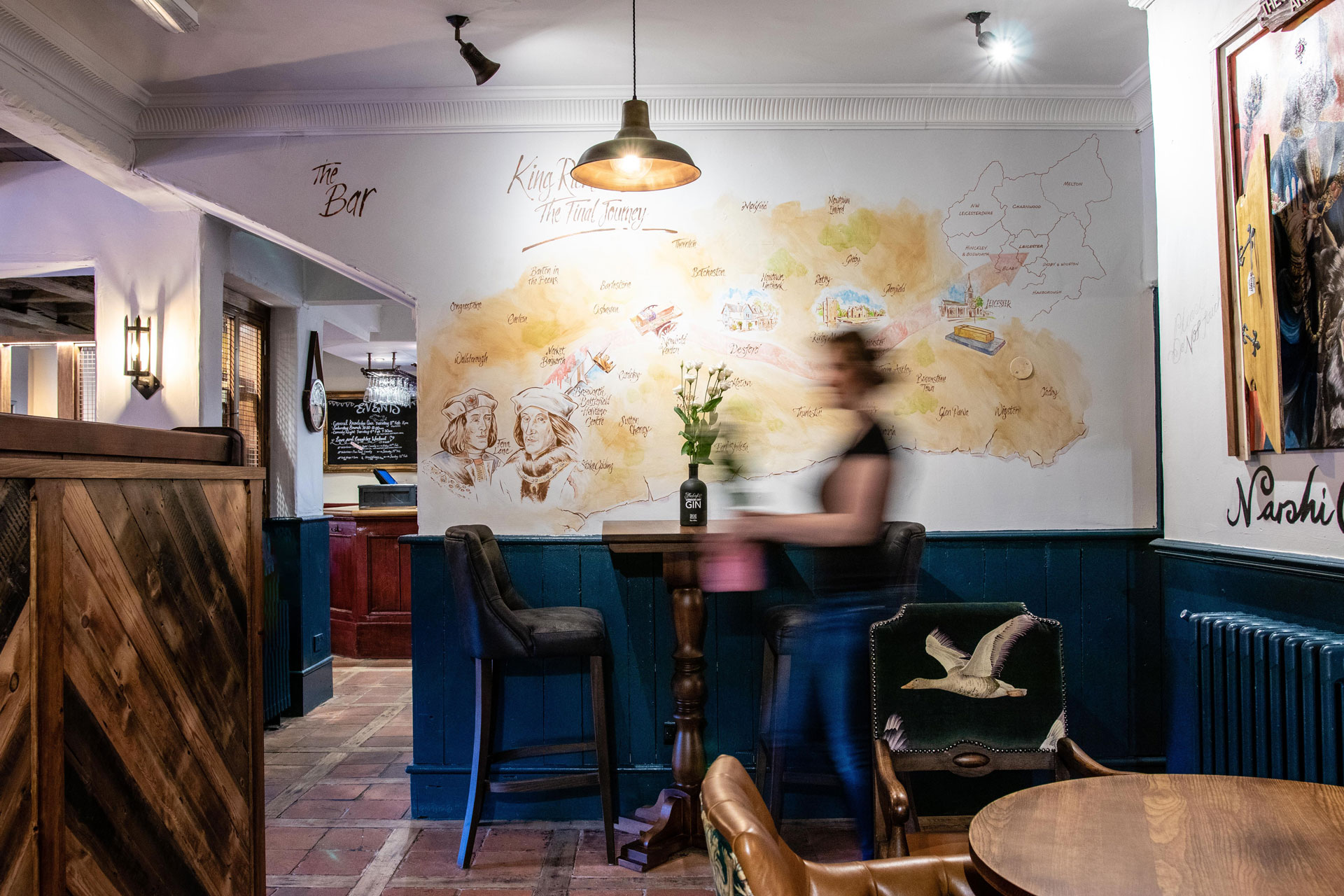 There is a fine choice of draught beer, cider & lager with regular guest ales.

The Lancaster Arms international wine list has been created to compliment our menu.   Our fine wine list is competitively priced encouraging guests to explore the glories of fine food & wine pairings.

Did we mention we have a great gin bar where guests can watch their glasses being frosted.

We also have great tea. 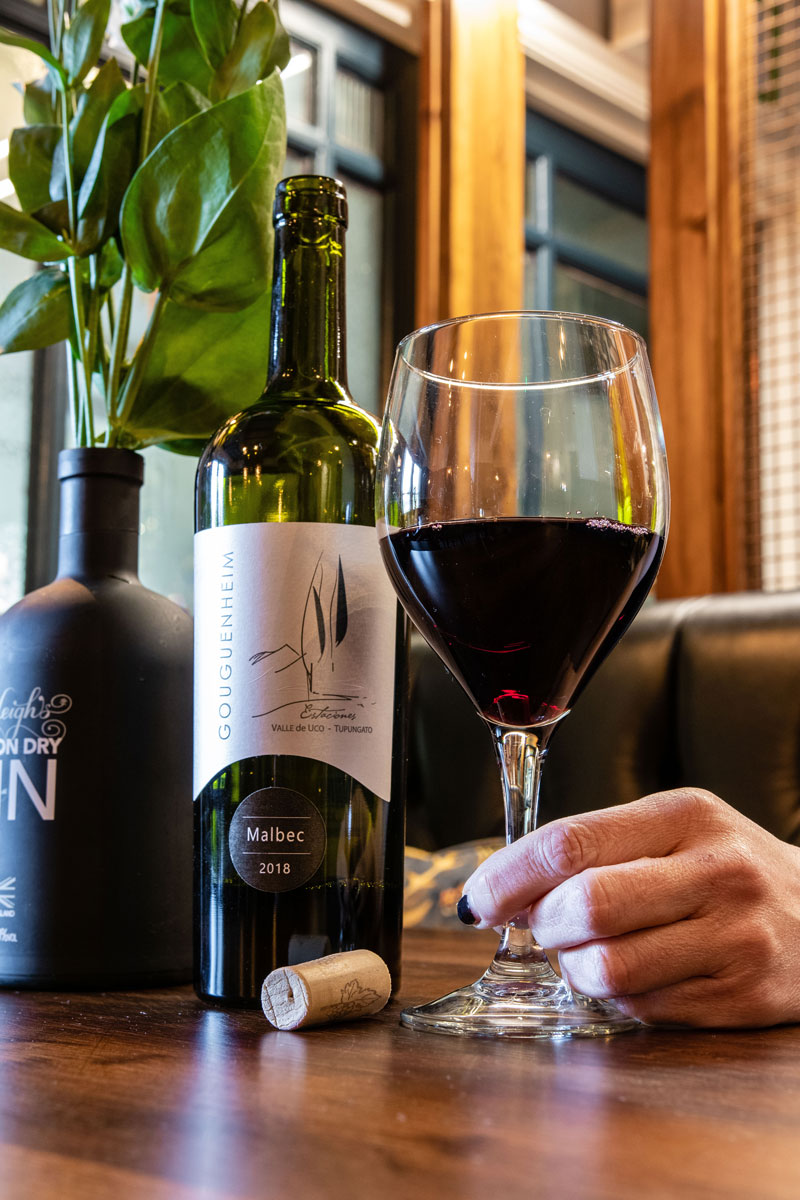 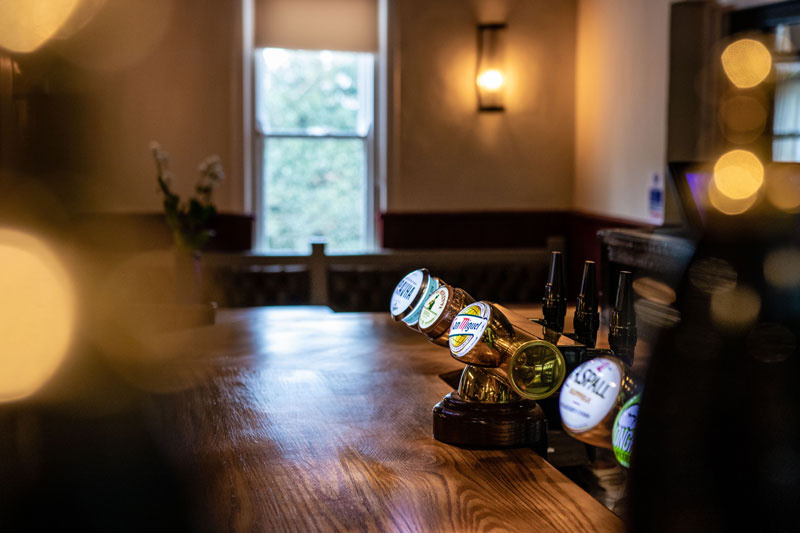 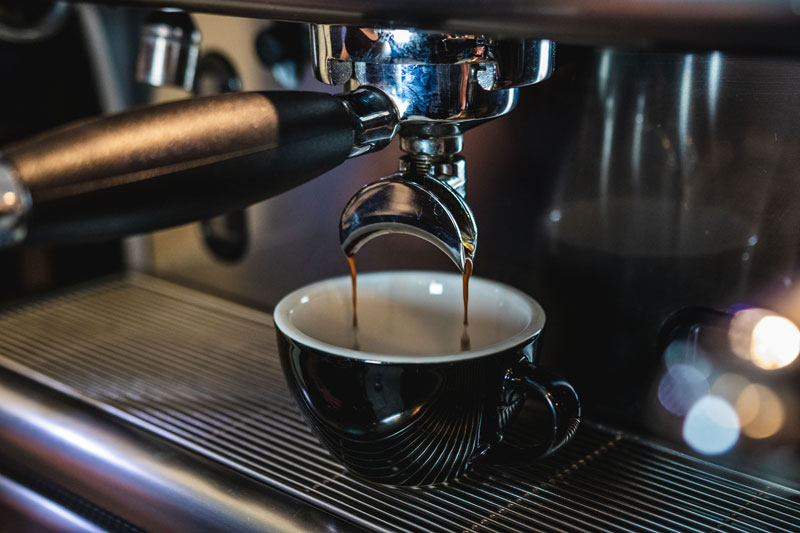 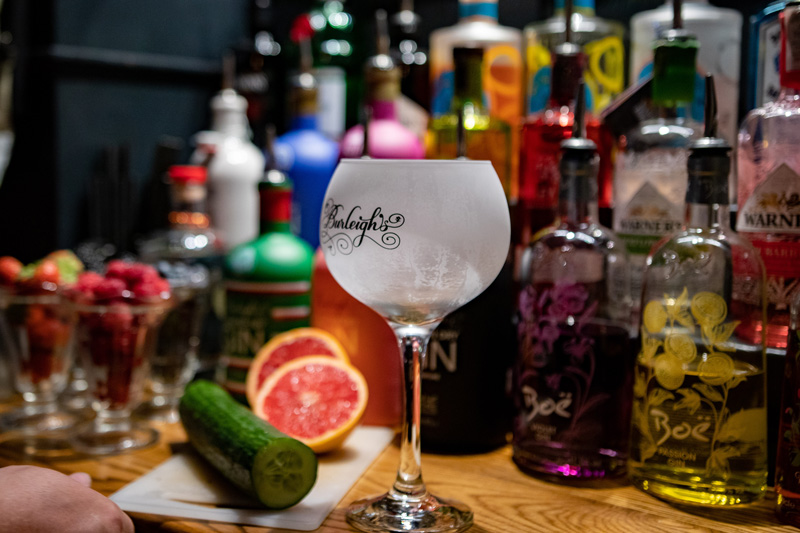 WHAT WE’RE KNOWN FOR.

Beer & cheese. Wine & cheese. Bread & cheese. Crackers & cheese. Or just cheese. However you take yours, we have some of the world’s finest for you to enjoy.

We have a an incredible selection of gin on offer as well as our new outdoor heated Burleighs gin terrace.

Enjoy your meal or a drink where Richard III reputedly rested his army before the battle.

Made from much sought after Shorthorn beef and Colston Basset stilton served with
hand cut chips.

“Visited for Sunday lunch with family.  Ambience second to none, efficient, friendly and courteous staff. Food is fantastic! Tasty, freshly cooked, new twist on the old fashioned carvery where you choose your preferred main and beautifully cooked vegetables are brought out to accompany. This place is run with loving care and we cannot recommend highly enough!”

This was the first time I had visited the Lancaster Arms and it certainly will not be my last.

Not only were the management and staff incredibly welcoming but the atmosphere was superb. A real homely yet pub like feeling, the perfect blend. The food that accompanied this was delicious, I’d go back just to try everything.

We will definitely return with empty bellies to fill!!

*****
“Everything was cooked perfectly”

The service was just right- really friendly and helpful without being intrusive.”

The Lancaster Arms in Desford. Lovely landlord and lady, and perhaps the best proper simple pub lunch i’ve eaten (top 5 for sure) – Short Rib Stack Burger, Chips and a pint. Get there before you can’t.

BOOKINGS
Temporarily by email, DM or phone only